Recently I was driving to my work listening to radio DJs speculating about how we can save the money, just in theory. One of them suggested to refuse drinking coffee: look, one coffee cup costs you $5 in average, which is around $100 a month and $1200 per year!
-Well, I’m not ready for this and it’s just $5.
-Yes, but it will cost you at least $1200 per year or even more!
-Ok, I’ll try to make coffee by myself 🙂 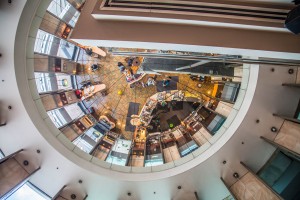 As for me, coffee is not just a pleasant and tasty drink, first of all it is very powerfull doping which I use as seldom as I can just to avoid addiction. Why? Because comparing with tea and hot chocolate I need more and more coffee to achieve bracing effect. And I haven’t mentioned situation, when people are running and queueing for cup of hot black bitter drink before work at 9, 8 or even 7AM in the morning, probably skipping their breakfast! Coffe-Coffe-Coffee… Hole in the wall? Coffee!!! 😮

I think it is worth changing your daily regime, remove bad habbits and unimportant activities and go to bed earlier like all people do rather than go for a sleep at 2-3AM. Even if you go to bed 15-20 minutes earlier each buisness day it will make a huge difference comparing to longer sleeping on weekend. And then, a cup of flavored coffee once in a month or once in a week will be more pleasant and richer and, most important will be for joy. Don’t make a long break though. I didn’t drink coffee for two month and got such a strange effect so I was thinking about having medcine to reduce my blood pressure.

The second and the last, or about that $5. They say coffee in New Zealand costs one-two cents to make, and cafe owners are laughing down the road about people standing the line

Well, coffee-owners itself assure that profit is not greater 10 cents, if so, why the heck simple flat white costs $4.5?!? 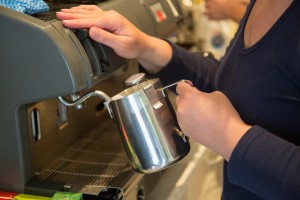 Оlly Lаwrеnсе, hospitality sales manager at roaster Cаffе L’аffаrе says, the margins that cafe operators are making nowadays are becoming increasingly tight. Overheads like rent, insurance and utilities account for 30%. Every coffee has to be made by a trained barista, so staff costs are another 30%. Coffee, milk and packaging make up the last 30%. A plastic takeaway cup costs roughly 25c as well as milk.

The balance which is usually around 20% or 70c, is the coffee itself. He points out that prices have only moved $1 since espresso coffee started taking off in New Zealand, which was nearly 20 years ago. “New Zealand consumers are exceptionally lucky that they’re paying as little as they are,” he says. “In theory, it’d be lovely if coffee was $5. But I don’t think the public’s ready for that yet.” 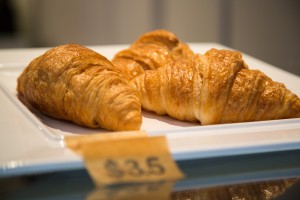 Public is not ready. And I’m happy that we have new coffee shops starting in Auckland like, for example small French Coffe at corner of Queen St and Mayoral Drive where you can have a coffee for just $2.5 and try tasty bakery products. 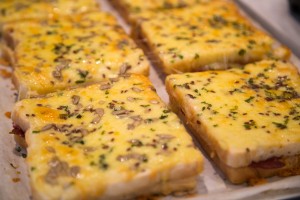 This place is quite popular among office workers from building nearby and opposite: 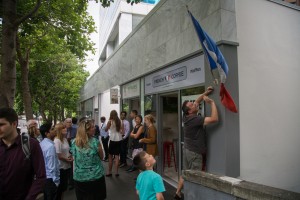 If you ask the owner, Russian descent third-generation immigrant Sasha, how he can keep such a low price, hw will answer that in Europe, where he used to live before, coffee price is around $2.5 and he pays approximately the same amount of money for coffee delivery from suppliers to New Zealand as he paid being in Europe, so he thinks it doesn’t make any sense to increase price.
“I’m not greedy”, he says and smiles. 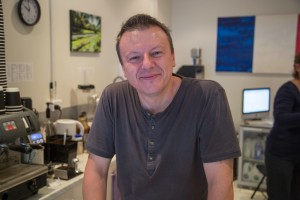