Last Wednesday, 18 June here in Auckland was a meetup with Matt Mullenweg, co-founder of the most popular open-source publishing platform on the web and the founder & CEO of Automattic, the company behind WordPress.com and Jetpack. Matt is also a principal and founder of Audrey Capital, an investment and research company. He has been recognised for his leadership and success by Forbes, Time, BusinessWeek, Inc, PC World, and Vanity Fair. 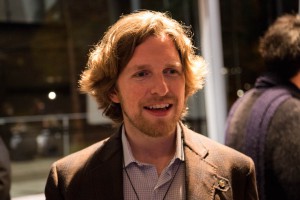 Matt was heading on a speaking tour of a number of cities in Asia, Australia, and New Zealand last week talking about the past and future of WordPress and some of the things he had learned in the past few years of building WordPress and Automattic. As for me, my first acquaintance with WordPress started in 2008 at the time when other companies tried to earn money from proprietary rights to their products. So, that kind of open source thinking was quite unusual and amazing. WordPress gave me a fun and useful experience of web development, support and administration, which finally led to some changes in my vocation. I was very interested to see him, shake his hand and convey my personal thanks. 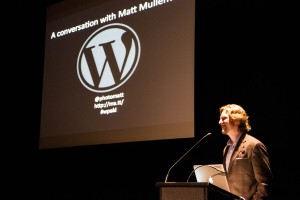 The venue was at The Raye Freedman Arts Centre off Gillies Ave, Newmarket. Jason, event organiser was worried about the delay but surprisingly, Matt was just in time, coming and joking “looks like there is no such kind of UBER in New Zealand?” or “is that a meetup of some open web platform, Drupal, right?” and so on 🙂 He started by telling a story about himself, his childhood and scholarship in Houston, Texas noting the fact that he was studiyng with Beyonce and especially that his father allowed him to play on his PC: the rule was “you break it, you fix it before dad comes home”. Later he participated in weekend meets where people brought computers and had them fixed. Most of them had hardware issues like broken coffee cup holder (CDROM) and sometimes there were software issues. In that case Matt just tried to click everywhere randomly until the issue was resolved. 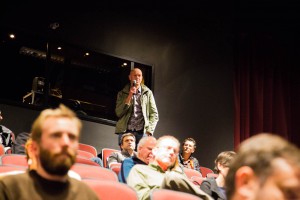 Matt told about his love of music (saxophone) and photography, which finally led him to start using b2/cafelog blogging software and to contribute minor coding changes regarding typo and cleaner permalinks. Later, when development of b2 had stopped, he announced on his blog that he was going to fork it to accommodate his needs. He was contacted by Mike Little and they started developing WordPress from the b2 codebase together. Soon they were joined by original b2 developer Michel Valdrighi. 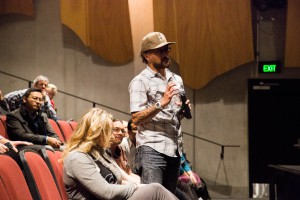 They made WordPress modular and really easy to install – the 5-minute setup made it famous and popular. In May 2004, their main competitor Movable Type announced a radical price change which drove thousands of users to seek alternatatives, which was the tipping point for WordPress. At the time Matt was 19 years old, studying philosophy and political science at the University of Houston. In October 2004, Matt was recruited by CNET to work on WordPress for them. He dropped out of college and moved to San Francisco from Houston the following month. 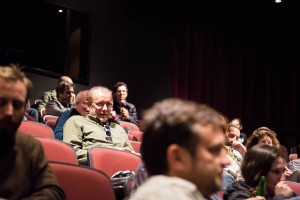 San Francisco took pride of place in his story, a beautiful city with an incredible number of talented people around the world and millions of great ideas. “San Francisco is like Auckland but in America,” he said. Matt, I hope that you didn’t tell this in Melbourne or Sydney 😀 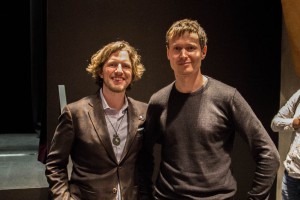 The release of WordPress 1.5 was in February 2005 and introduced themes, moderation and a new redesign of front end and back end, and got approximately 1 million downloads. In October, Matt left CNET to get focused on WordPress full-time. In December, he announced Automattic, the company behind WordPress.com and Akismet and they started employing people who had earlier contributed to WordPress. In January 2006 Matt recruited Toni Schneider, former Yahoo! executive to join Automattic as CEO, bringing the size of the company to 5 people. In April the following year, Automattic raised around $1.1 million in funding. 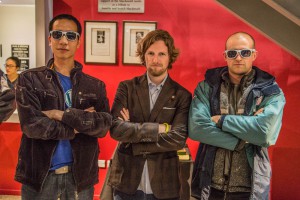 In January 2008 Automattic raised an additional $29.5 million. A year later, San Francisco Business Times reports that traffic to WordPress sites are growing faster than for Google’s blogger service. From February 2009, the company has been seeing a 10% month-on-month organic growth with more than 15,000 new blogs hosted by WordPress each day. A Bloomberg interview two years later described the impressive scalability of Automattic. Infrastructure costs only $300-400k a month while powering 12% of the Web with 1350 servers and 80 employees in 62 cities. 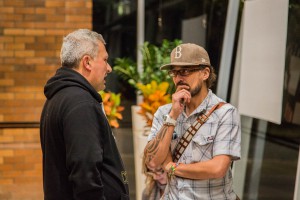 At the moment, 22% of websites in the world are run by WordPress. The company’s success is also reflected in its incredibly low rate of staff attrition – the company has only 160 employees. They are still hiring and planning to get different kinds of specialists – web and mobile developers, UI designers and even happiness engineers 🙂 The key values according to Matt are: integrity, work ethics, taste and curiosity. 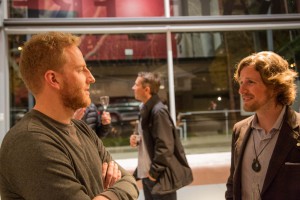 I would say he gave a great speech and it was a great networking event. Thanks to the organisers for an awesome opportunity and a very informative and great evening with Matt. I enjoyed listening to his story and his affable personality. Matt is an amazing individual. I think everyone had a chance to ask questions and have their photo taken with him. Everybody learned not just about the WordPress and its evolution, but about the man himself and his journey. 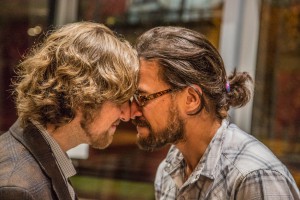