Thanks to local mass-media, otherwise we don’t know that Auckland house prices are still crazy. As usual, such kind of news show you a very happy real estate agent against the background of a house he just sold for $1 million or more. Last week news – derelict and dangerous Auckland house in desperate need of a bulldozer was sold for $677,000, more than twice its land value. No one had lived in the house from Mangere Bridge for the last 12 years. You can watch picture of it here, below I just put another house’s photo, don’t be confused. 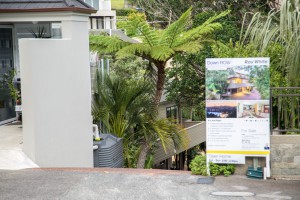 Before that, we read about modest two bedroom unit from Preston Avenue, sold for $797,000 more above its $450,000 CV. Of course, journalists know how to grill news but I think everyone is agree something something is wrong in that city, right? This is madness!

Interesting, what New Zealand goverment say?
-Well, we have to built more available houses (current demand is higher than buyers offer)
And what do they do actually? They increase mortgage deposit form 5% to 20%! I mean, instead of helping first home buyers they do absolutely opposing things! 😀

Don’t understand me wrong that I prefer to stop or prohibit everything, but I think the bubble we have on the market currently is very similar to situation in 2006-2007 years you all know where. At the moment, first home buyers are out-bid by eager investors seeking up-and-coming suburbs. It is becoming so white collar workers can’t afford to buy properties in traditionally blue collar suburbs.

Moreover I think, most interested in house prising growth are banks and goverment:

To calm down voters, government plans to increase mortgage deposit upto 30% for inverstors but I don’t think this will make any difference.

Half a year ago we tried to predict that in 2018 when we can get a mortgage, average house price in Auckland outskirts will be close to $900,000 what is no more attractive for us at all. Latest news show that prices will be higher than $1million 😐 So we have two options: move into small town or even village and work remotely or move from New Zealand at all.

During 2000s when we were students and after graduation, we had house prising boom in Russia as well but we also had salary indexation, we were making our career and incresing revenues. Some of my classmates already have paid their first mortgage and got the second one. Well, may be situation here in New Zealand will be changed but now I see that buying property is most attractive way of investment among anothers for last 15 years and however ocal salaries don’t grow that much.

By the way, 10 years ago, you could sell two bedroom apartment in Moscow and buy three bedroom house at South Auckland; 20 years ago people were buying houses with land size fiew times bigger than they buying now, and I think even three years ago situation was better.

I can’t reason for the whole New Zealand so I’d like to ask my readers how’s going on in your town/city?