I was frequently asked by my friends what englishmans speak about russian football fans and Milan clashes during Euro 2016. However, if the situation with football fans is quite obvious (fans are just fans), EU referendum results in UK are very ambiguous. So I had a chat with my colleagues about more important topic and wrote a small post. 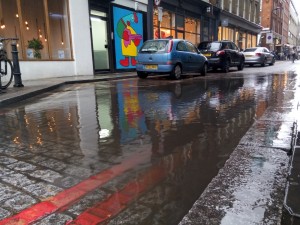 Just a reminder, most of my colleagues were running late at the day of referendum because trains were cancelled due to flooding in subway caused by a massive rain same night. Some of them stayed late to make hours and missed voting. To be honest, I still can’t understand why the poll was organised in the middle of the week? 🙂

What I did note: when you ask someone if he voted or not, he gives you an answer: “yes, I voted” and tells you exactly how he voted: “I voted to remain in EU!”. As I remember, if you ask same provoking question in Russia, you will get very simple answer: “I don’t wanna tell you”. I understand the difference between referendum and president elections, however I can make some conclusions based on this attitude. People, or at least my colleagues, they do not affraid to explain their choise.

In a nutshell: those of my colleagues, who did vote after work and voted to remain in Euro, they were shocked in the morning when they read poll resulsts: -O my gosh! Are you serious? What the hell?!
Voting statisctics was available by the afternoon, so I could feel the grief about the situation when elder people tell younger how to live (most people voted to leave are retired ones).

During tea drinking people were sharing their thoughts: noone believed it happened and they were sure parliament will say: common guys, pound sterling has lost 11% and this is just referendum! What should we expect if we exit EU? We can’t afford it!

As you may noticed, Londin is a very multicultural and multinational city. Apart from tourist, most of his citizens have come from Eu to get work. Londoners, by the way, do the same and go to Paris or any other European city to live and work – no need to apply for work visa. This is very convinient for both employees and employers. So you don’t need to explain what consequences will they get if they leave Euro.

So, some of my colleagues have an opinion Londoners didn’t vote to leave Euro, but another part of UK did.
And the only one adequate explanation we could find while we had Friday Ale in a pug – people are affraid of immigrants. I don’t mean high skilled specialists coming to work, a speak for “refugees” keen to do nothing and get benefits. English have already met immigrants who have arrived and speak something about Europe sunset, four wifes, eight kids and so on. Who gonna pay for this? Moreover, the situation when English people will be ordered to leave is now real. 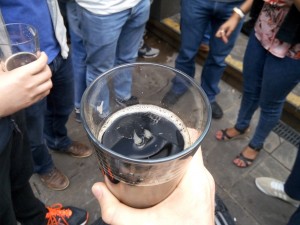 -When my parents immigrated in England in 1950s, they arrived with just 50 pounds in pocket and they didn’t ask about help. What did you do for this country to ask for help? Our parents were working hard, childrens were studying and we didn’t asked for any benefits.
-If this is just a problem of uncontrolled immigration as you say, why don’t you introduce immigration programm as we have in New Zealand, Australia or Canada?
-Because if just try to speak loudly about it, they will call me a rasist!
-Seriously?
-YES!