On 14th of December I twitted “thanks to @AlyonaFonya who’s posting pictures of unusual cakes, I followed @rfedortsov who’s posting pictures of odd fishes”. Roman has followed me back and as I remember, at that time he had around 200 followers. For sure I wasn’t the first and I wasn’t the last guy who mentioned him those days so, no wonder two days later he got around 2000 followers and then another two days after this there was an article about him posted by SeverPost information agency based in Murmansk and then another one day later RuPosters wrote about him as well which finally increased amount of his folowers up to 21 000, making him popular even amongst my russian speaking Facebook friends who doesn’t know what Twitter is. 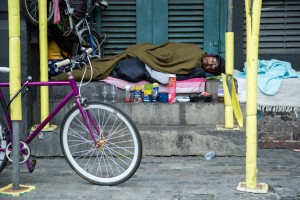 On 21 December Roman was mentioned by Mashable in article which made him a real twitter celebrity for the rest of the audience which doesn’t speak russian and increased his followers amount up to 50 000. That became viral so everyone started telling about him: Spiegel, CNN, FoxNews, CBS, Associated Press, Russia Today, Business Insider, Guardian, Telegraph UK and even New Zealand Herald, which is usually some kind of slow for the news coming from overseas.

I think the amount of information agencies and tv news mentioning about “odd and terrifying catches of russian fisherman” is really endless but, this is the first such a viral media take off I’ve been seeing in my whole life. The amount of his twitter followers has almost reached 100 000 and it’s still growing. 😀

Anyway.. What I’m trying to say is if you have a look at his instagram profile which was launched in the middle of 2011, unlike his Twitter account he started in May 2016, then you can realize that he was posting deep underwater creates ages ago, altogether with private pictures and landscape photography but, his account became really popular just recently thanks to viral effect and huge amount of people coming from his Twitter account.

That was the first. The second is please keep in mind that News companies usually post something which is really unusual, odd, terrifying or has a potential to become popular. Editors in chief are trying to get those materials which will surprise, shock or scare people, making us excited and dependant from such a shocking information. And I would say that the content, Roman is posting is suitable for any audience, regardless of language, confession or place of living. And by the way, it is suitable for any time of the year 😉

Third. I’m pretty sure he’s not the only one posting pictures of deep underwater habitant. Somehow other people’s account are still unknown and not very popular. Don’t ask my why please ¯\_(ツ)_/¯

Find your own niche. And, what is most important, use the right ways to tell world about it 🙂

P.S. Picture I used is not featuring guy I was talking about (as you may noticed, I use only my own pictures in my blog) and was taken in Shoreditch during my business trip London later this year.