Recently I have noticed that I charge my laptop more often then usual. Under normal conditions it has been running for around 3 hours since last charge however, now it takes less than one hour. Luckily I found out what was the real cause of the issue but honestly, at first was I thinking that battery in my 4 year old laptop is going to die soon. In addition to that at some point my laptop which is usually quiet, started spinning its CPU fan like it was a plane going to take off! I have launched Task Manager and saw every CPU core was going nuts! 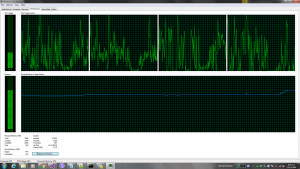 I have clicked on Resource Monitor and it turned out svchost.exe (netsvcs) was eating 24% of CPU resources. Damn Windows Updates! I was so pissed off, so I killed svchost.exe process, went to the Control Panel -> System and Security -> Windows Updates -> Change Settings and chose Never check for updates (not recommended). Then I launched services.msc from Start menu, searched for and disabled Windows Update service to prevent it from being started on the next system Startup: 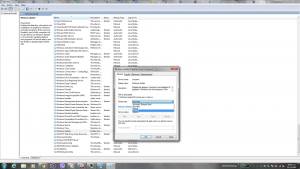 Few weeks later, when I enabled that service back in order to install Windows updates manually, all ended with same result – Windows Update scan was hanging on and did not finish even after few hours eating my CPU resources and! battery.

What I found out this time on the Microsoft support page, in order to fix Windows Update unusually taking long time to scan and install updates, you have to MANUALLY download and install the following two updates for the Windows Update service (sick!) one by one:

Install KB3020369 update first and then after KB3020369 completes installation, install KB3172605. You will be asked to restart the computer during the installation of KB3172605. Now open Windows Update, select Change Settings, click the dropdown and select Install updates automatically (recommended).