After three years of extensive usage, some of my wife’s Zenbook keyboard keys became totally unresponsive, which was a massive headache. As I remember it was a, s, c, v, n and space characters only. So, here is how I fixed this and saved some money on laptop service or buying new one. Unscrew all 12 Torx T5 screws and remove the back cover: 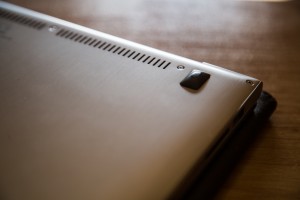 Identify a keyboard connector. In this particular Asus Zenbook UX32VD it is located near the CPU fan and it is stick by black adhesive tape: 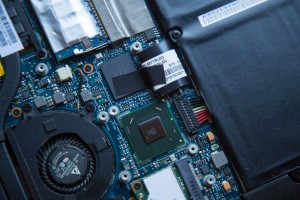 Basically these are few reasons why some of your keyboard keys are not responsive: 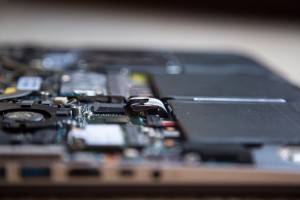 Unstick udhesive tape from the connector (please keep in mind that I have bended connector in opposite way afterwards to make more illustrative pictures): 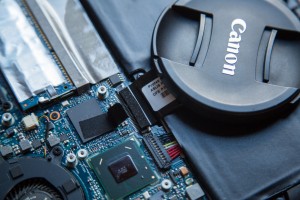 And make sure both of two white holders are locked. On the picture below, left holder is locked, right is unlocked. Unlock both of them, then try to plug the connector in as much as you can, lock both holders and stick the connector with tape as it was before. Then put the back cover in, tighten the screws, turn on your laptop and test the keys used to be unresponsive (and working ones as well). 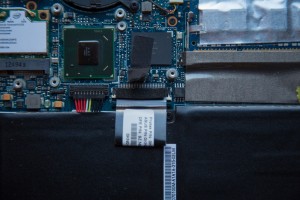 If it doesn’t help, try to bend the connector in the opposite direction and use the same tape to stick it. I admit it is really weird but it actually helped in my case. To be honest I don’t really understand why Asus uses such a long connector which may have a potential issues. Anyway.. 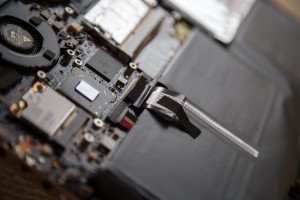 P.S. If it still doesn’t work then you doomed. DOOMED! To buy new keyboard connector / laptop 😀