Allright! First day in the office was very productive, we didn’t go to the pub, so I continue. First evening after arrival, Brick Lane – street where you can literally shit bricks. It reminds me a story about some girl who was a fan of French novels and love affairs, dreaming to visit Paris one day, eat croissant and drink cup of coffee enjoying majestical view of Eiffel Tower. When she finally made it, she saw a lot of africans and arab people and realised, Paris has changed a lot! To be honest, I feel the same about London or atleast same about one of its suburbs, where we are staying. And they said it’s not outskirt, it is some kind of center! 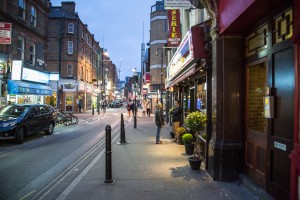 When I was writing about contradictory first impressions about the city I mean that London has long ceased to be English town. And I speaking now about people who live here. It’s not a London anymore, it’s some kind of melting pot of India, Pakistan, African countries, dozens of them! Buildings remain, but even they are changing following the unique style of multinational shops and cafees. 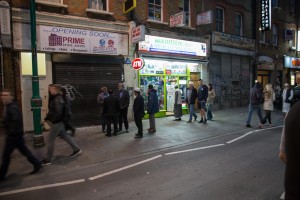 I may be mistaken, but I have a feeling that immigrants here prevail indigenous people. By the way, when you ask Londoners, when and how this has happen, just because of curiosity, they answering in very polite and tolerant way, that London… is very multicultural, multinational city! Forgive me to be direct, but I prefere to call a spade a spade. 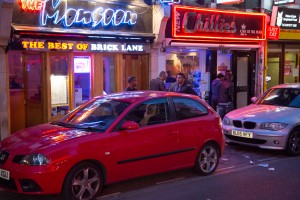 Strictly speaking, we went down Brick Lane to have a dinner just right after we arrived and checked into the accomodations. First thing I didn’t like – every authentic cafe and restaraunt here has a bad looking guy, staying near the entrance, smoking and trying to push you inside: “good evening sir, what are you looking sir, best curry in the world sir” and so on.. -Get off! I just whanna have some descent food and I don’t want to be assaulted! 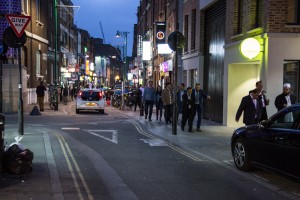 The second: prices, comparing to New Zealand dollars are twice bigger. Quality is some kind of poor. I don’t know how can you people ruin such an easy and brilliant Indian meal as butter chicken. Anyway, people eating it. 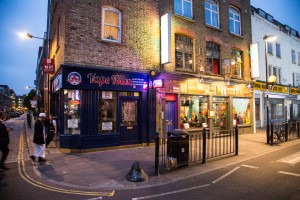 My friends are asking am I decided to stay in England or not. Well, if I really wanted to stay and live in England, that would be another England. Some of you may say that I just need to get use to it but I say I just don’t need it. I was feeling realy uncomfortable here in my first day. It’s like when you know something not really good is going to be happen right now, so it affects you and make nervous.

You see, I am not against cultural and multinational diversity at all, I’m just trying to say, people I’m speaking about, they do not integrate into society, they do not change themselves, their behaviour and habbits which finally leads to the situation when London does not look like an English city anymore – it hast lost British charm. And this is very sad. 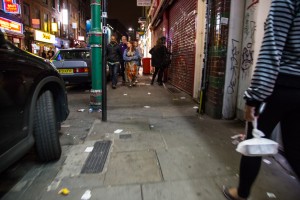 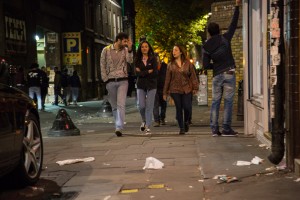 When I was walking there, I was trying to get half of breath to avoid old smell mixed with some piss, vomit and who knows what. 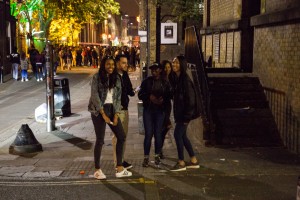 Miss City of Sails so much! Comparing to London, Auckland is a very nice, comfortble, compact and very tidy city. Sometimes you can say good is good only when you compare with something bad. Counting days before leaving back. 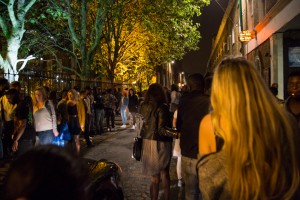