If you have somehow missed, I have reached in UK where I’m going to live and work (actually I would call it company training) for next 4 weeks or maybe more if they will ask for it. Friends and relatives are constantly asking how is it and also demand me for pictures so I thought I would post in my blog in realtime and for everyone. I’m still recovering after very long flight but what I can say for now, I have a very controversal impression about London. So first things first! 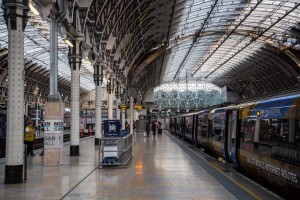 Paddington Station – is first railway station we have arrived from Heathrow airport. It has a small bronze statue of Paddington bear, a fictional character in children’s literature. It is a very old station, which still looks very impressive despite of its age. There are heaps of CCTV cameras and lots of security stuff but surprisingly I was not prohibited from making pictures. Also, I was forewarned do not be afraid of police officers walking on London streets wearing machine guns – never mind, it’s a usual thing there! I have bought Oyster card and we are moving to next railway brunch. 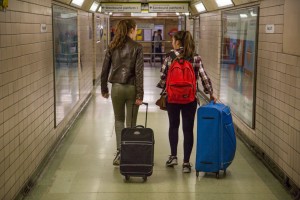 Surprisingly, railways are either going through tunnels or they have wrapped by a brick walls each side. 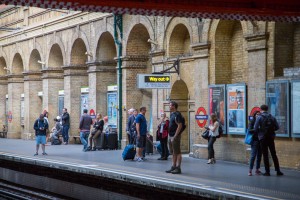 You can feel old smell everywhere – I remember old English movies and books which related to railway stations, railways and steam trains 🙂 If you watch into that farest tunnel for sime time, finally you will see Jack the ripper! o_O 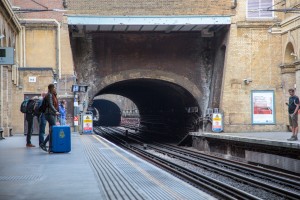 Of course there is no steamrollers anymore in London, they are electric nowadays. However, sometimes you can see a few diesel locomotions. Railway cariages have no partitions so you can actually walk between them. Actually kids likes to run through. It’s sunday, but I guess it’s very crowdy here in rush hours during buiseness days. 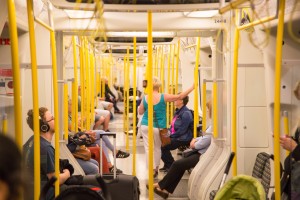 You may notice heaps of wires on the wall of railway tunnels: 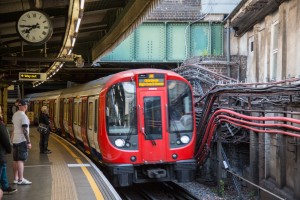 A bench on another station we were going through. Does it remind you anything? First who will answer a book and an author will get a post card from London! 😉 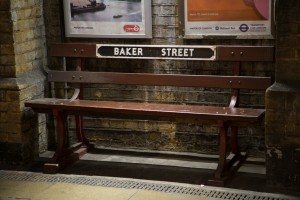 Liverpool-street station where they were filming first Mission Impossible movie with Tom Cruze. By the way I have never watched none of its series. Do you think it still worth do it? 🙂 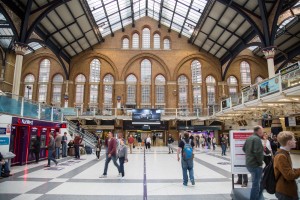 We are leaving subway finally. I have backpack on my shoulders, camera in my right hand and my luggage in left hand. There are lots of people walking down the streets or going to the pub and restaraunts. My colleagues are hurrying up for some reason and ask me to go faster. I hope I will come here at some day and make better pictures under better conditions and lighting without any rush. For a couple of times I dropped my jaw looking at very old building and saying: crazy! 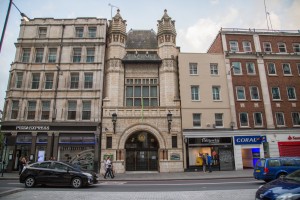 Two old junkies were starring at me asking: who is a junkie, me?

40 storey skyscraper Mary-Axe, which reminds stretched eggs to some people or gerkin to the others. I think there is something similar to this building in Novosibirs: 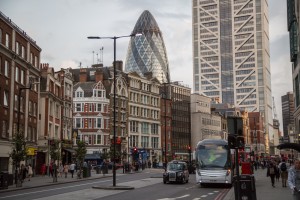 Famous London cab moving towards us into the sunset (I will definitely tell more about it but later): 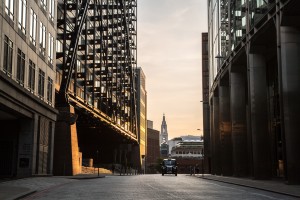 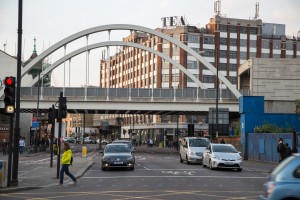 We are turning right onto another street. Yellow cab, red double-decker and old buildings in background: 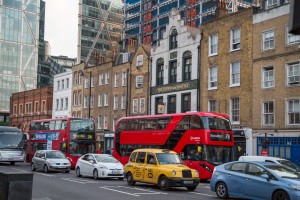 That’s it for today, folks. I need to move into the office in next 2-3 hours. There are three more posts about night London, about appartments we stay and also a few pictures I made during the day walk we had next day. Will try to post them quite soon. Not sure if I can do it tonight cause we may go into the pub with my colleagues but anyway stay tunned! 🙂 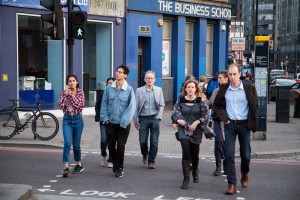 Feel free to ask question or post comments if you have ideas which places to go, what to see and hence what to show you. 🙂 I will definitely catch up with you for a drink if you are staying in London as well.