On our sixth day of staying in London we finally visited London’s historical spots in city center. Ironically, it was some kind of fast walk through the places of list “what to see in London”. I tried to keep only best photos but anyway there are so many of pictures, so I decided to split them into separate posts. So, if you don’t like typical London, or you fed up with typical tourist pictures of Big Ben and other places, you better skip this post. Otherwise, wellcome! 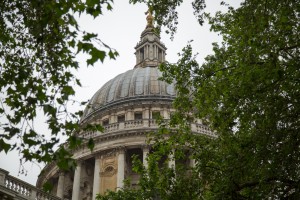 In a few fords, St Paul’s Cathedral is a very beautiful Anglican cathedral started in 1675 and opened in 1708 so his age is slightly above 300 years, quite impressive, isn’t it? It is situated at the highest point of the City of London, on Ludgate Hill. It has a height of 111 meters and it’s so huge that you have to walk for a distance to be able to capture the whole cathedral in one frame. Or, you have to use panoramas 🙂 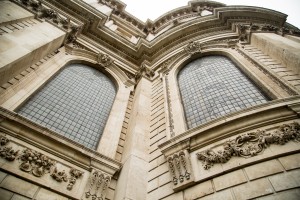 During World War II, firefighters were ordered do not save any other buildings but St Paul’s Cathedral if there was a risk that it may be burned. Actually, if you walk around the building, you can see couple of stone blocks were damaged during the bombing and restored afterwards. Also a few famous people burried at St Paul’s Cathedral, including Admiral Lord Nelson. 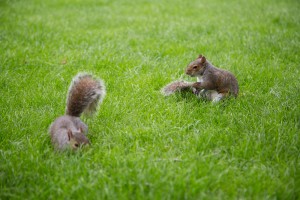 St Paul’s cathedral became a visit card of London – this place is a definitely one of the most popular London tourist places. You can see lots of sightviewers at this place: 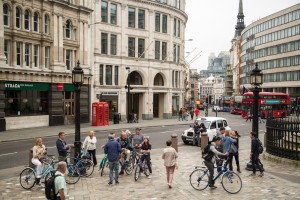 The best way to get to cathedral is to use underground and to leave at St. Paul’s Station. Entrance admission will cost you £18 (£15 if purchased online) and should be less for worshippers, but we didn’t try. It’s very beautiful inside, but unfortunately you can’t make pictures. 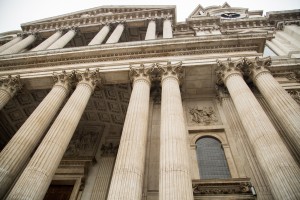 Somehow I magically missed and didn’t make a picture of two police guys walking with machine guns just two meters in front of me while I was switching modes of my camera before shooting panoramas. They looked realy cool, but I think if I followed them asking if I may take a photo of them they wouldn’t understand! Next time, I hope :) 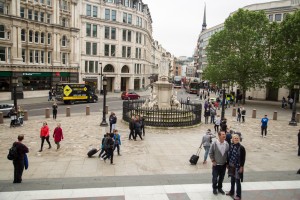 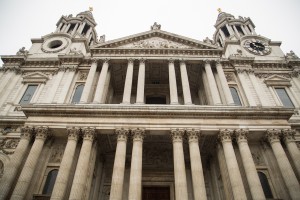 As you can see, only one tower contains a clock with a mechanism built in 1893 with a similar design to that used on the ‘Big Ben’ clock made few years after, in 1895. The tower also has four bells, one of which was the largest bell in Great Britain until another, bigger one was cast for the 2012 London Olympics. 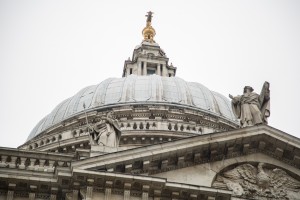 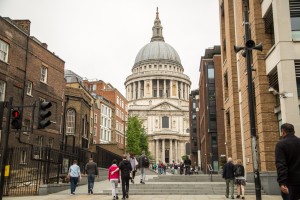 I was looking at St Paul’s cathedral thinking about other, well-known cathedrals around the world and realised, that basically only few powerfull empires was able to afford such kind of impressive (and expensive) constructions in the past. I mean powerful empires with strong army and fleet, developed trading and economics; empires which were basically getting main income by grabbing resources from new lands. Anyway, let’s do not talk about sad 🙂 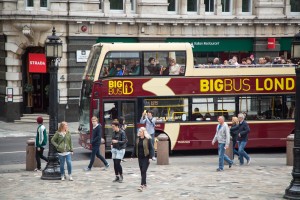 The question I have to you: would you like me to continue telling about City of London or it would be better to rotate these post by pictures from another London suburbs?