Everything has confirmed! Unlike Aucklanders, who are going in pub to socialize, people in London go into pub for a drink! 🙂 I think, a colleagues of mine were confused when I came into pub with my camera and were asking how often I carry my camera with me; some of them even tried to be joking. Anyway after some time and some amount of beer all of them got free and were asking or even demanding to make pictures of them standing in pose or making funny faces. I got really cool images here despite very poor lighting. Don’t wait, press Read More button 😉

Actually, for obvious reasons, I can’t upload all of these pics in my blog – I do apologise but what happened in Vegas, stays in Vegas 🙂 May be one day, after some very long time I’ll do that, but even now not so many of colleagues have seen them. There is an opinion, these pictures should be seen by people who are on this pictures only. Just trust me – people in London knows how to make fun. Aucklanders and our New Zealand office should learn a lot.

Most popular question I was asked by London folks is how to say to a Russion girl that she is very beautiful using Russion. Guys, please, never do that. You better say this with perfect English but please don’t say: “ti devushka ochen krasivaya”. I think “ya tebya lublu” can be even worse 🙂 You’re doing your best and I can see you’re trying so hard and it’s funny, but no more. 🙂 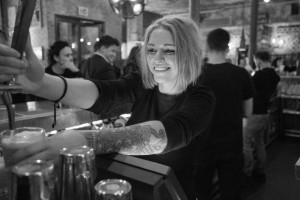 One of the differences: people were drinking while being standing near the bar, moving from one chatting group to another. Even when we got food served on the tables, we put backpack and bags on the floor and continued standing and eating. Later we were asked by security team to remove all the bags from the floor for some reason. By the way, it turned out it was less easy to get into the pub after 9PM then it was in the beginning. 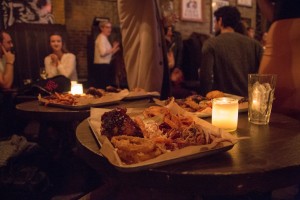 Also I remember we had a guy, who was constantly buying booze and coctails sharing them with the others. I think after 3rd coctail he gave me I thought, wow, he probably already spent two hundreds pounds or something, I should aslo buy him some drink as well 🙂 As I found out, company was paying for everything. So when people were going to home they were saying: I guess I may need work from home on tomorrow. -You’re kidding! Will see you on Monday! that was the answer 😉 Picture below just reminds you that alcohol is a poison: 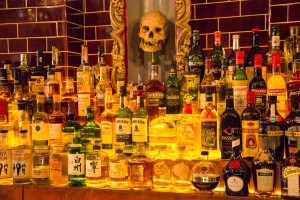 They say, in the past we had such kind of drinks every Thursday with almost everyone attending but know it is held on a monthly basis. Some of my work mates still can’t get use onto it and sometimes they are confused, asking which pub we are going to go on this Thursday 🙂 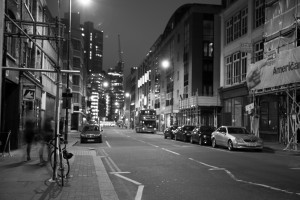 I got only five images loaded in this post but I think it was fun and interesting, wasn’t it?
P.s Soon as I landed in London I noticed it has very weird smell – apartments we rent smell, the basement we work smell as well, the streets – everything here has a smell of the old times, which I did not realy like. You can’t believe me but soon as I quite the pub all has been changed. Or maybe I’m just used to it?! o_O