With a “little” delay I continue to post pictures I made during the London business trip I had in last year. Lets call this set of blog posts as a fast walking tour of London historical places! As you may have alredy guessed, after we visited St Pauls cathedral and had a walk on Thames embankment we moved to the most iconic symbol of London. 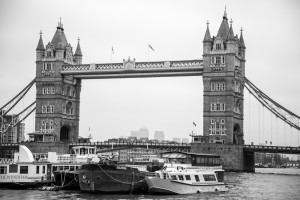 Tower bridge – is a double leaf bascule bridge, which is also consists of two bridge towers. Both towers tied together at the upper level to withstand the horizontal tension forces exerted by the suspended sections of the bridge. The operating machinery are housed in the base of each tower. 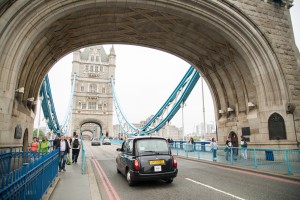 Despite the old look, Tower bridge is relatively young and it was officially opened in 1894. 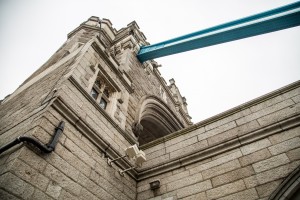 The stone wich is used to clad towers to protect the underlying steelwork also gives the bridge a pleasing old appearance. Total length of the bridge is 244 meter. And this is the only technical characteristic I listed just to fill some space between images 😉 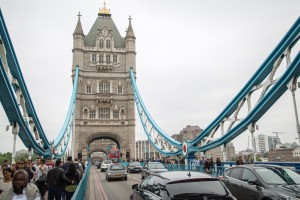 From the left – The Shard, the tallest skyscraper of London, London City Hall, historical HMS Belfast in the middle of Thames and also, reflecting building famous for “melting” a few cars parked on the street: 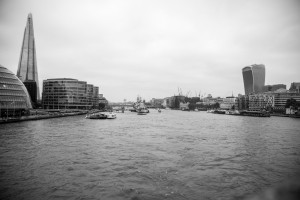 Pedestrians used to cross the bridge via high-level walkways accessible by stairs and lifts. Both walkways are converted into museum now: 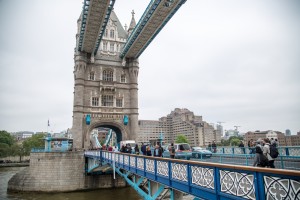 Here you can see historical Tower of London and City of London with 40 storey unusual looking scyscraper Mary Axe also known as “Gerkin”: 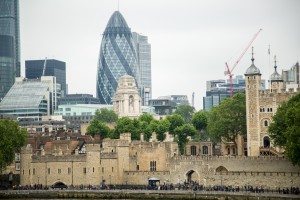 Despite the fact that Tower bridge is truly iconic symbol of London and Britain, it is often mistaken for London Bridge, the next bridge upstream. So remember: if you think about famous London bridge, you better say Tower bridge 🙂 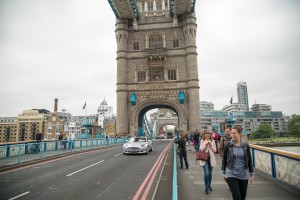 Before restoration in the 2010, the bridge was painted red, white and blue for Queen Elizabeth II’s Silver Jubilee: 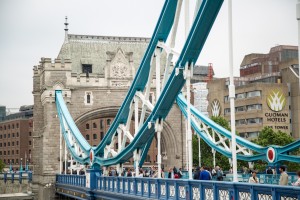 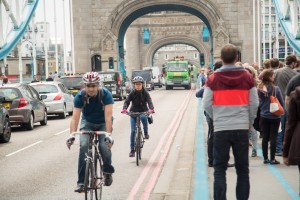 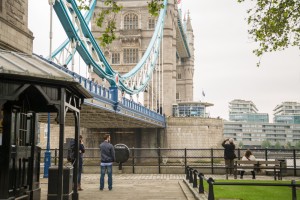 As soon as we crossed Tower bridge we decided to have a break and had a lunch at The Perkin Reveller where I got Pea and Lovage soup for £5.50 and Fish & Chips за £15.75. Don’t even try to convert this onto New Zealand dollars 😐 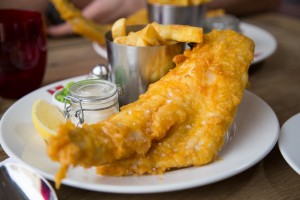