Have you ever been on Mangere Mountain? Have you ever heard about it? First time I saw it from a hill somewhere in Ellerslie and I thought wow, we defenitely should go there someday! The only one thing I wonder is why it took so much time for me to get there since I ever observed it? Last day of autumn was definitely the best day to do that! It was very sunny and warm 🙂 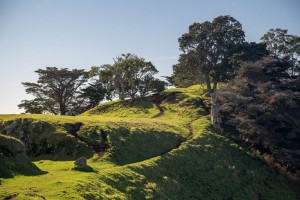 It’s not so high as Mount Wellington, because its height is just 106 meters above sea level, but it is very wide. 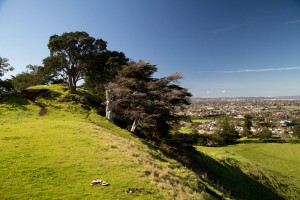 Mount Mangere volcano errupted approximately 18,000 years ago and it has two large craters. 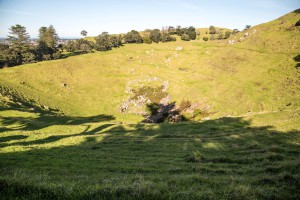 Basically Mount Mangere is one of the largest volcanic cones in Auckland volcanic field. 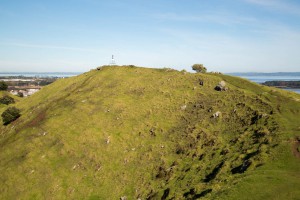 As many of Auckland extinct volcanoes it used to be Maori fortified settlement. Actually you can still observe some of these earthworks. 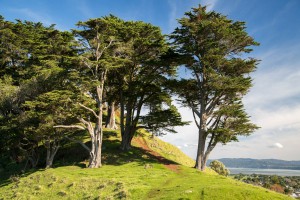 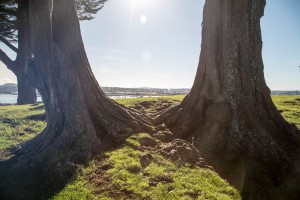 From the summit, you can watch panoramic views of Auckland 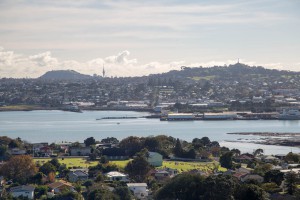 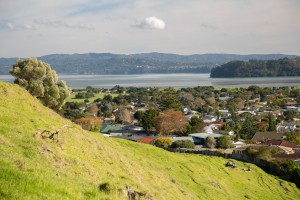 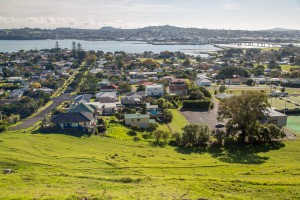 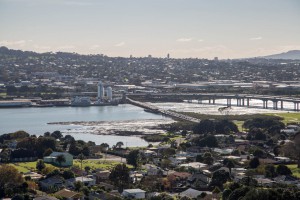 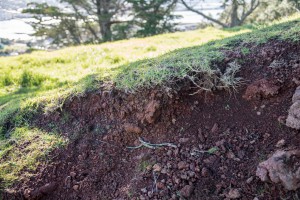 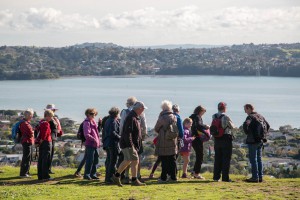 If I’am not mistaken, derelict and dangerous Auckland house in desperate need of a bulldozer was sold for $677,000 somewhere here at this suburb: 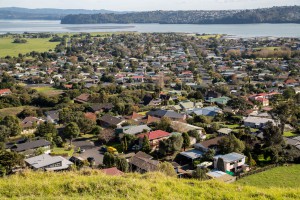 Especially for those who forgot how my wife looks like: 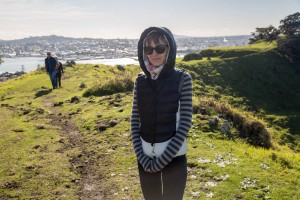 A central crater has a lava dome what is totally unusual for any of Auckland volcanoes! 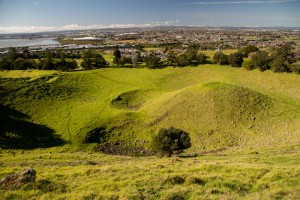 A woman walks with her two dogs at Mangere crater. Did you know that Auckland based on approximately 50 volcanoes? 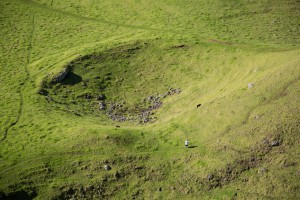 Ambury Regeonal park. Should be cool there. We’ll go there on another day, I promise. Just wait and be patient or press Follow or Subscribe on RSS with support of two languages and 640px images recently added 🙂 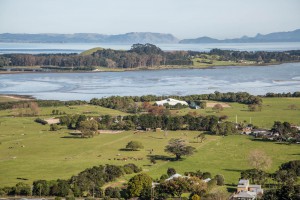