Chease & rice! This Friday was just crazy in all meanings. Things went in non proper way right from the morning. Luckily I’ve got all done and sorted arount the evening but I had absolutely no will to go home and sit at my laptop again. My soul demand something new. Something similar to South Island adventures through the valley, volcano, mountain etc for hockey pockey icecream 🙂 It was quite unusual to receive information about event just one hour before the beginning, but I thought: hey, why not? It should be interesting and exciting, especially if you’ve never been on such kind of event and especially if it is first Beard & Moustache Championships in New Zealand! 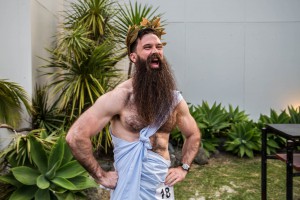 Well, some people would say that it’s not the first actually, but c’mon, who cares 😀 So, registration started at 6PM, people were coming, buying drinks and talking each other very relaxing manner. What I’d like to mention a lot of guys (and girls as well) were quite happy to be models. 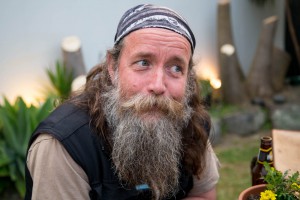 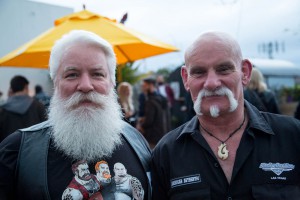 There was only thing joined them together or two, actually, and that was really cool! The level of coolness was as higher as longer and wider was beard and moustaches 🙂 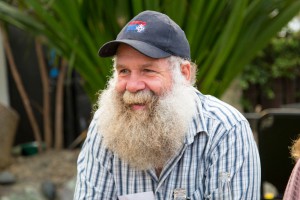 But don’t think that all you need it’s just growing and doing nothing, nah! You have to clean it, cut it, use some oil and other stuff, unless you wanna look just ugly 🙂 Thanks to manufacturers we do have all the things to help men take care for their precious! 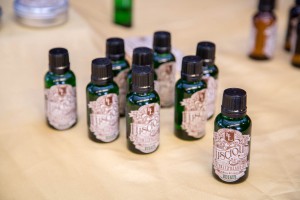 Wish, I could have same size beard to enjoy one of this producs! 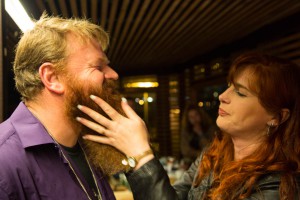 And thanks to people who spent their time promoting the products, explaining the usage and giving advices. It’s a whole science, man! The beard can’t grow itself, first you should beleive it! 🙂 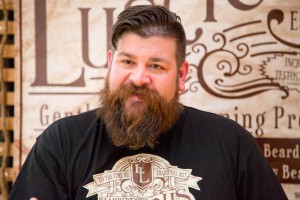 Because it was a championship and because it was 1st championship, It was quite unclear how jury will decide who is winner, how they will make a decision and grade people, by measuring length, wideness or fluffy or curly coefficient? 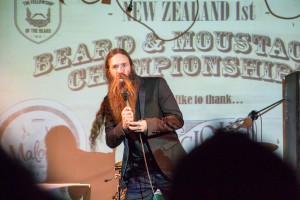 All was sorted as soon as the intro begun – it’s like an ice skating but for a real man: 4 jury members, 4 marks upto 10 score each. Say what’s your name, answer a couple of questions like how long do you grow your moustaches or what kind of wax do you use, show your beard to public from stage, get ovations.. 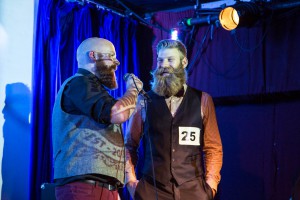 And then demonstrate them to the jury. Trust me, they will testify what you have with right attitude. 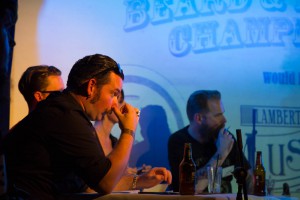 There was couple of music groups between competitions, but I’d like to mention first. Had no time to enjoy second one cause I had to leave earlier. May be next time? 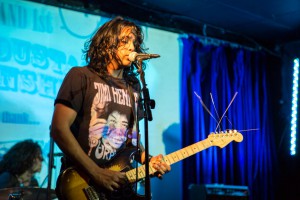 It was very good to see a few people who did some creativity and was wearing special costumes and attributes – I guess, at some cases it helped them to get additional scores and the public was also happy. Zeus, mexican guy, professor.. 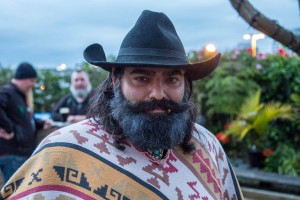 I wonder what else he’s hiding under his poncho 😀 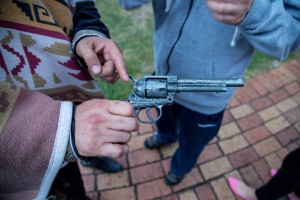 Looking for a something new? Check this out! 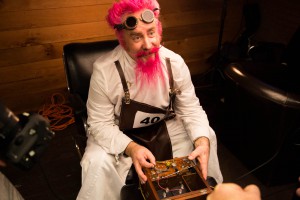 You will be shocked! Thanks to professor and his incredible machine from nineteen.. nineteen thirty six, right? 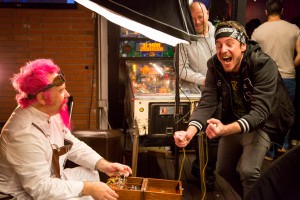 At last, tried to catch some frames around the venue – some competition participant were quite elusive, but I got few of them anyway, enjoyed my time pretty much so as you! 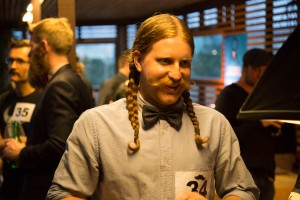 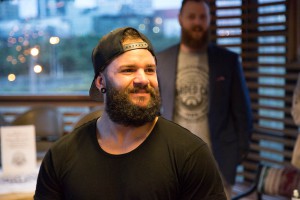 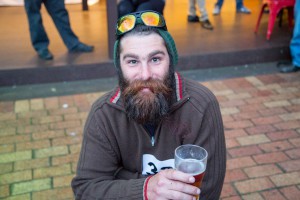 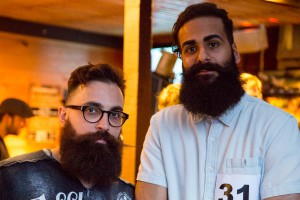 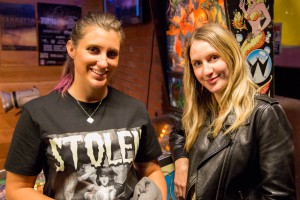 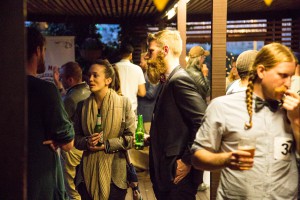 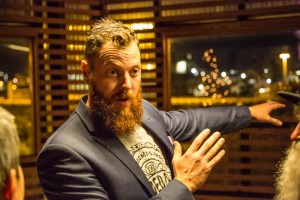 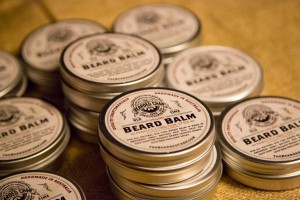 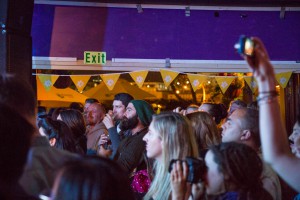 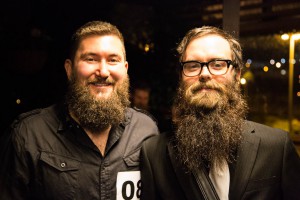 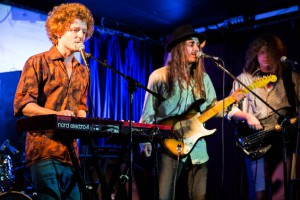 So.. What I can say? To be honest, saying it was freakin awesome is saying nothing! Nice bar, good rock music, cheerful atmosphere and very warm ambient light.. All that time I had a feeling that I forgot something.. I mean forgot about growing of my own beard and moustaches – thanks to a lady which helped me and offered some moustaches to try, but I suppose these artificial ones are more suitable for girls only; guys will start their Movember soon and damn you if you are disagree! 🙂 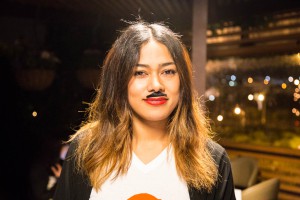