Just shared some of my thoughts I got after trying Tesla Model S85 before they have been expired. I really admire what Tesla did for the last years, not to mention giving away some of their patents, however, I believe the situation on the market of electric cars has a small problem. 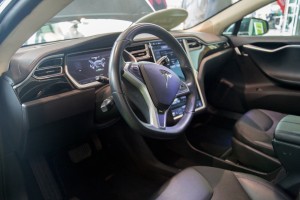 The thing is, modern people are very addicted to new stuff. We constantly want to learn new, try new, explore new. We want to be different to each other. Some of us even can’t stand an idea to be like everyone else, do like everyone does, look like everyone looks and so on.

No matter how beautiful Tesla car is, it is always a Tesla car. Well-known, recognizable and so on. But what if people want a variety? People are very different by themselves. People have different income, different habits, tastes etc.

Well, I have to admit, iPhone is even more popular then Tesla – hundreds of millions use them and this is OK. However, you can’t judge a smartphone wich cost roughly $1000 with an $80,000 car, can’t you? Also, you can’t get a Tesla car on a monthly pay basis as some of you did with your iPhone. Buying a car and a smartphone is a way different.

As for me, I truly believe the situation when everyone will be driving same looking Tesla cars is utopic. And this somehow reminds me the Soviet Union era, where almost everyone motorist was driving Lada. Simply because there was almost no choice at that time! Anyway, things doesn’t work this way anymore. Modern people are different to that and can’t live with this, as I already mentioned above.

So, in my view, we cant expect a variety and price decrease on the market, until other car manufacturers will start making electric cars for everyone. Anything we can see now is a fancy concepts made by Porsche and others premium brands, which are not intended for a mass-market. Or a small electric cars made by Nissan and Mitsubishi with a very little mile range of approximately 115km. Or something really custom, which looks like a motorcycle under the cowhide.

Basically this should be one of the reason, Tesla was giving away some of its patents. And as far as I know, it still plans to sell its electric batteries to another electric car manufactureres if there are any.

Don’t get me wrong – I understand there are still some unresolved technological limits in this industry, so I don’t ask for a four wheel drive Land Cruiser powered by electric engine. Different cars have been made for different tasks and purposes and hence, they have different equipment, technologies and solutions being used. I’m just trying to say that switching onto electric vehicles should be as smooth as possible and, which is more important, people should have a choice. So for example, instead of buying a completely different, new electric model to replace their existing petrol or diesel family car, everyone should have a CHOICE between different car types, to be able buying electric sedan, hatchback, wagon or even crossover. People have different needs and different everyday tasks and as result, they need different cars.

Ideally, the situation should develop in the following way:
Ivan/John/whoever! We know you’re a great fan of Subaru/Toyota/Honda/whatever and that’s why we have developed an electric version of Forester/Corolla/Civica/anything for you! The price and mileage capacity are the same, but maintenance and cost of usage are significantly lower. Come to see us in our dealership store to make a test drive! 🙂

But for now.. I can only see some concepts, announced to be launched somewhere in 2019, which have nothing in common with existing petrol or diesel car models. And I feel like switching onto electric cars will take ages, unless government will explicitly ban combustion engines.