Today you might have seen such an unusual reclaiming going on Auckland streets organised by city counsil, Park[ing] Day, which is actually, a wordplay. Small groups of people were sitting out in the streets which are normally occupied by empty cars. Park[ing] Day is an annual worldwide event collaborating citizens, activists, designers and artists to temporarily transform parking spaces into public ones. If I’m not mistaken, first time it happen 10 years ago in San-Francisco but then evolved into global movement and become popular around the world. Or almost around. Main goal of Park[ing] Day is to give attention to organise more open space for citizens and improve the quality of human habitat. 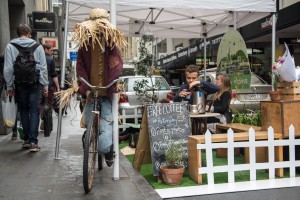 As you can see everyone interested could have a free coffe just for making a picture and tagging event sponsors: 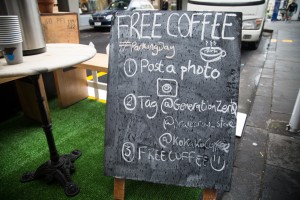 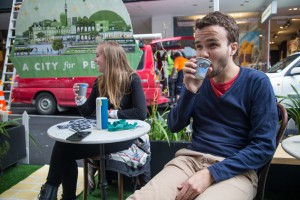 Young man is demonstrating that on an average day 9 people use this place but today, only during this morning almost 70 have used it! 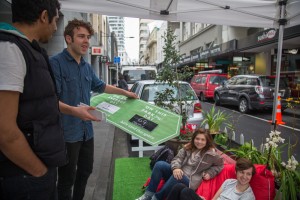 At next place everyone could have fresh fruit or/and a book for free: 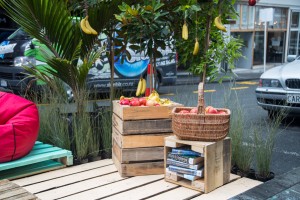 I haven’t paid lots of attention, but I think bycicle had some important role this day as well: 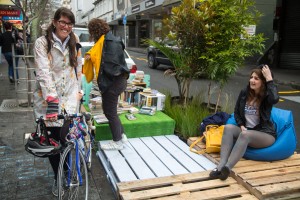 At another place nearby you even could play Jenga! 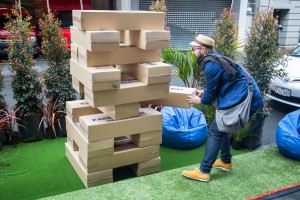 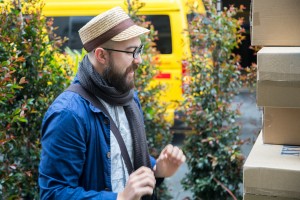 Such an awesome idea I would say! 🙂 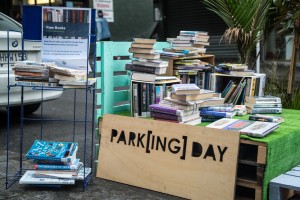