Every year during Auckland Anniversary long weekend, Ports of Auckland invites people to cross the old-fasioned red fence to discover the port facilities. Event agenda has a free guided tours on a double-decker bus, a boat cruise to get up-close to the working wharves, musical concerts, fair of goods and souveneers and also, an opportunity to try the cuisine of different countries of the world and even a flight on helicopter! 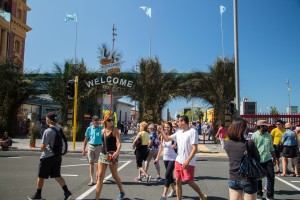 Just a reminder, Auckland anniversary usually held on Monday closest to 29 January and is a public holiday for Auckland citizens. 😉

During SeePort festival, Ports of Auckland frees some of its facilities usually used as a car park for cars and trucks imported to become available for walking pedestrians and installs information booth and showpieces like this operating cabin everyone could get in, especially the little ones. 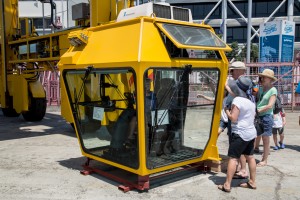 Ports of Auckland is the largest and busiest port of New Zealand and is 100% run by the Auckland Council. Every year, port is visited by 1600 commercial vehicles, handling handling more than NZ$20 billion of goods per year. Ports affect a third of the local economy. 🙂 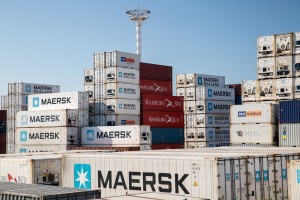 Ports of Auckland handles 60% of New Zealand’s imports and 40% of its exports.Apart from handling containers, another major import are used cars, with approximately 166,000 landed per year. Due to the very strict New Zealand biosecurity regulations, cars and lots of other goods as well have to pass through a special decontamination facility. I remember, our guide told us a few stories when the staff members discoverd a snake under cars hood. 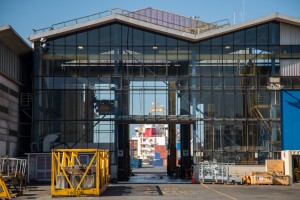 Ports of Auckland is regularly visited by cruise ships mostly disembarking for short stopover trips into Auckland or the surrounding region. However, lets get back to our sheep! During Auckland SeePort Festival, there was navy sheep disembarked to the pier so everyone who managed to stay in the queue under the bloody hot sun could come on board and walk inside. By the way there was a lot of refillable water bottle station and also free sunscreen available for everyone. 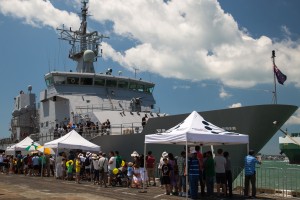 If you are really interested to read about history of Royal New Zealand Navy, wikipedia is your best friend. 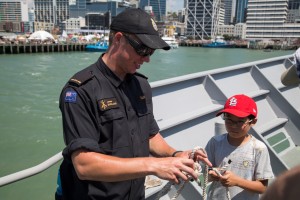 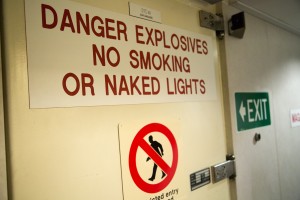 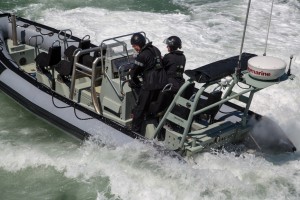 A boat cruise to get up-close to working wharves (booking essential): 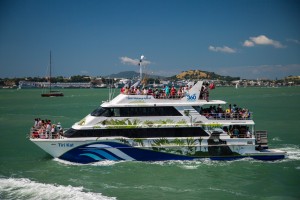 There was a small exhibition of retrocars parked alongside the road in front of old black and white pictures of Auckland: 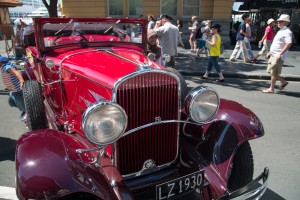 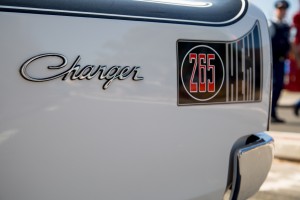 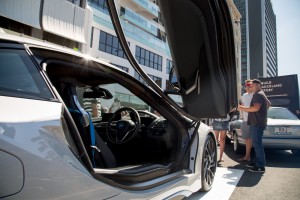 By the way, ELECTRIC VEHICLES about to get T2 T2 Lane Access trial starts in AKL in March.

And this is nextbike bikepark. Let me remind you, Okland still continues to increase the number of cycleways. 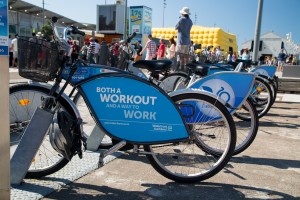 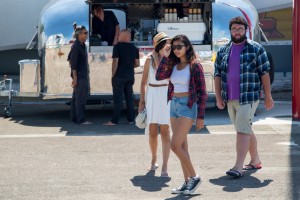 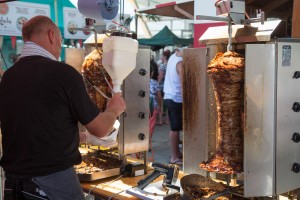 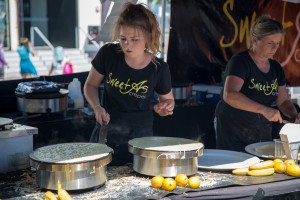 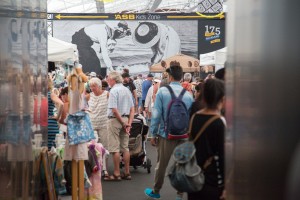 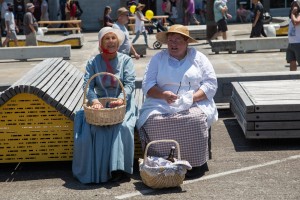 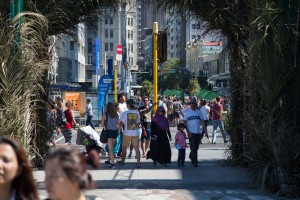