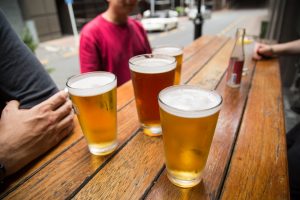 So, Brexit plan is going to be announced next week.
Which means pound is going to go down again causing negative effects for the economy. Last time when Brexit happened it lost 11% of its value.

Currency rage between UK pound and NZD is going to be not very good for the companies with head office in England, meaning their team growth can be slowed down due to expenses increased.

Pound is traditionally overvalued for years, starting from the time of British empire when it was common everywhere in the world, not in just colonies like India and New Zealand.

Nz dollar is overvalued as well (0.72 USD which is problem of our export) due to success of NZ economy since our export prevaluating over the import. Plus, because of the flow of high skilled immigrants coming into the country. Plus, thanks to the amount of investors willing to invest into buying houses and get massive capital gain over a year or two and hence buying NZ dollars in order to do that, increasing demand and the currency rate.

So basically as soon as it gets clear there is no more immigrants and house investors coming to new Zealand this growth will slow down and actually tank. Which means it will be more expensive for new Zealanders having overseas vacations and shopping.

Trump has suggested to help UK with Brexit consequences by signing fare trade agreement between US and UK which can actually help at some stage.

So in a long term…

It turned out there were no more thoughts written. However, if you wish to continue the talk or just have a beer – feel free to flick me a message!