In case if you just missed, starting from this Friday we have Christmass shutdown here in New Zealand for three weeks, part of them we decided to spend in South Island! I’ll try to keep updated this blog during our travel and post small notes everyday if I will have internet and will – for example, yesterday it was exactly such case right after driving from Auckland to Wellington ) More detailed post are expected to be written after arrival, more actual images could be seen on my instagram. So, skipping our planning details (that was a real team work), I say that we have to drive around 650km from Auckland to Wellington in our first day. Just few words about car: I guess we need bigger boot 🙂 We have hardly loaded four people stuff into it. Preliminary check nearly a week ago shown that we are not going to take fridge, tents, mattresses and other touristic stuff like a gas cooker and so on:

We woke up at 5AM, had a breakfast, waited for guys from our home town and left our place at 7.15AM without any traffic jams. Finally, I have tested cruise control. Quite a good thing on motorway but a little bit dangerous on windy roads. My friend who is replacing me time to time still hasn’t got it right. Our first stop was near lake Taupo. Water was pretty warm but nobody was keen to swim. We had finished our brunch and moved further. 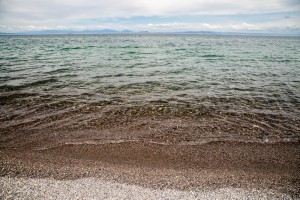 I was surprised by Mount Ruapehu covered with snow. It is middle of summer, Mount Ruapehu height is just 2.7 kilometers but there is still snow on top of it 🙂 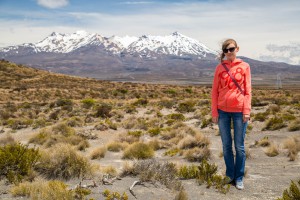 All the way we had a feeling that we left something at home. As we realised later, we left our panamas which was very unwise, because New Zealand sun is quite hot. 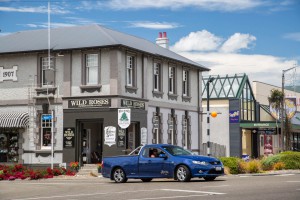 We had tried to find and buy hats in a small town where we stopped for a lunch without luck. $70 for a hat? No, thank you. As result, we bought hats in another town, in The Warehouse, $13 each. Also, we stopped in Foxton where we climbed at the top of Dutch wind mill. Right before that I had an extreme pain in my left eye, and it was so painful so I thought I will die. We washed my eye with some eyedrops and removed eyelashe. My eye was as red as Terminator’s eye. 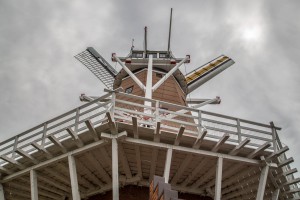 Wellington is very beautiful. Marina noticed it has bigger space near waterfront (comparing to Aucklnad) and she just said it is more beautiful. Wellington streets are narrower, there are less people and less parking spots 🙂 Because of the rain we skipped Mount Victoria and didn’t try Cable car and we haven’t an opportunity to walk at all, so we will try to explore city on our back way from South Island.

By the way, Subaru Forester loaded with for people and plenty of stuff in the boot consumed 7.6 littres per 100km average due our drive from Auckland to Wellington (670km). 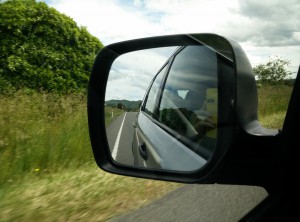