Just in case if you have suddenly lost us, we didn’t get into party hard during New Year, nothing happen like what is written usually in newspapers and we all good at all. I’ve just spent all mobile internet and it was no WiFi at next places we stopped for a night or I had to pay for it, which wasn’t cool. Honestly, it was the most modest celebration of New Year I ever have 🙂 In the morning we were walking at Christchurch center – as my friends told me, old part of city is one big construction site at the moment. Sometime ago, Christchurch was the most beautiful town of New Zealand. 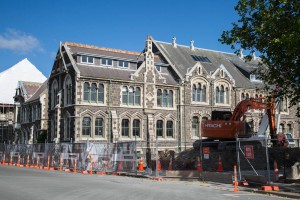 I’ll definitely write about this, especially because we got heaps of information from its citizen, Eugine which used to live in Krasnoyarsk before. We met Eugine at dinner at mine friend Michael, and he agreed to show us few shoplaces and spend his time with us on the first day of year 2015. And now you can watch some pics from Christchurch botanic garden. Avon river follows through it, there are lots of ducks and another birds and also gondolas – almost like Venice! 🙂 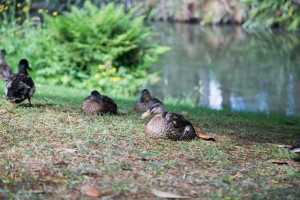 In the garden, you can see big variety of flowers, they even have own bee farm to pollinate flowers – very beautiful place 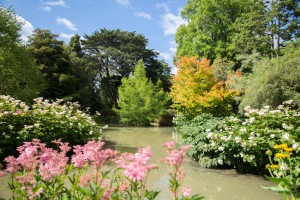 Also there is rose garden there (for example, in Auckland roses start blossom in December) and winter garden: 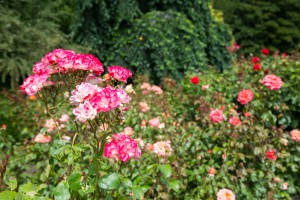 And of course magic weeping willows on the banks of river! Trust me, Christchurch is very beautiful. 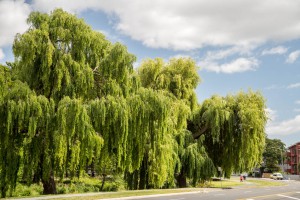 Then Eugine give us a ride to Mount Vernon park. I know, people of Auckland do like criticize transport system but Eugine was apologizing a lot – you have to spend one hour easily to drive from on part of Christchurch to another because of lacks of motorways, because of lots of traffic lights and 50kph limits and also because of bumps on the road at some places after earthquake. 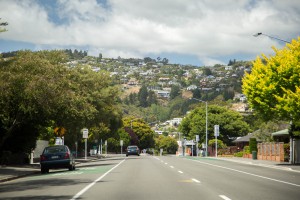 Then we watched Littletown 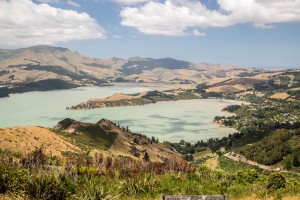 and Christchurch from the mountain: 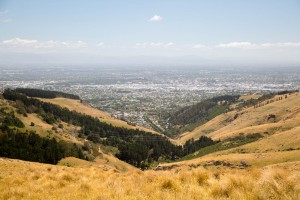 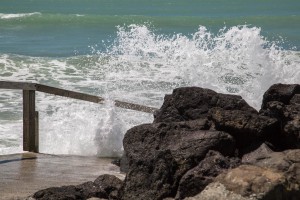 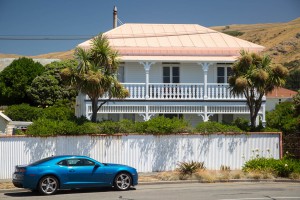 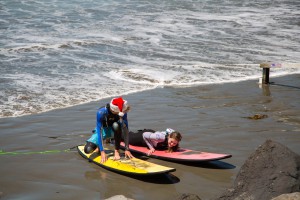 There are big containers along the mountain, fragmenting after the earthquake, to prevent falling stones onto road. They had to destroy som houses on top of it forcibly. 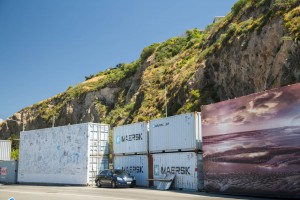 After having a walk and eating lunch we moved to Kaikoura, our last point at South Island. We watched typical Hakassia landscapes on our way, dry, warm, +26c – no wonder we slept most of the time. Anyway, we saw Hakassia before! 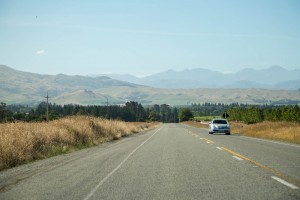 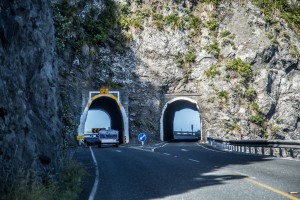 Kaikoura is famous for its dolphin and whale tours which are swim up here to start offspring: 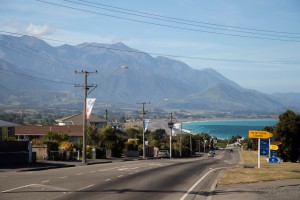 Also, it is famous for lobsters, which you can try at almost any restaurant here. Prices start from $75 to $120 for each. Actually it is not lobster, it is crayfish or langust with weight around 400-500, 600-700 grams maximum, or 150 grams of meat after removing the shell. It has a taste of crab and prawn. 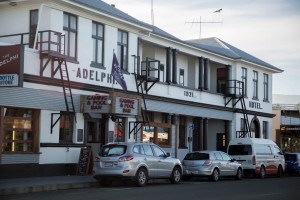 Personally, I can recommend Lobster Inn, with a big artificial lobster near the entrance, where we went for a dinner, because after two weeks we got tired from cooking as well as from driving. We ordered unreal tasty Seafood chowder for $14 (for example, same meal in Auckland Vineyard quarter will cost you $22) eyerib stake and of course lobster or, I beg your pardon, crayfish. They serve beef in small glacces and small jugs but after I told them that my shots for tekilla are bigger, i got full sized 0.5 littre glass 🙂 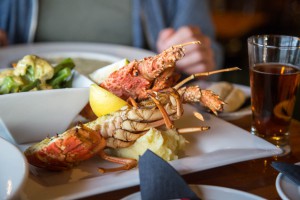