First time when I was walking to get my car back from Oriental bay carpark, I met two girls from night club, second time I met bicyle which was disassembled for parts. Someone stole seat and front wheel but they failed to remove rear one. 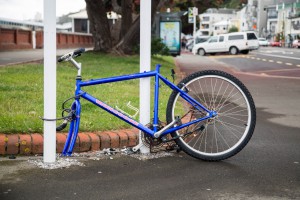 I was always amazed by architecture of New Zealand capital – can you see small house in the middle of hill? Can you see footpath to the entrance? 🙂 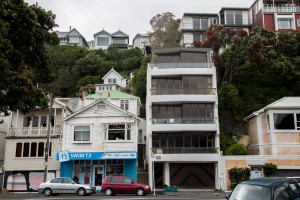 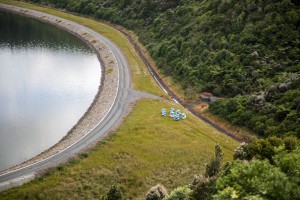 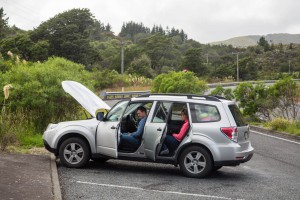 Pass near lakes is a favourite bikers place regardless of bike type: chopper or sport, everyone goes to ride there: 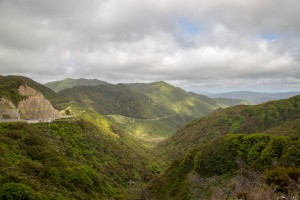 Our plan for today was to visit Putangirua Pinnacles and especially its dead path which was captured in Lords of The Rings, Return the King. We walked both tracks, steep one to lookout 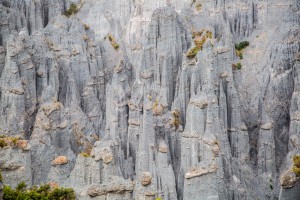 and moderate steep one which leads to geological formations. 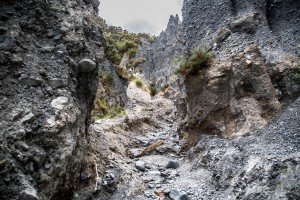 Quite impressive. Especially if you walk deep inside. Unfortunatelly, pictures do not give you a feeling of size and danger, so just in case, I made fullHD видео. 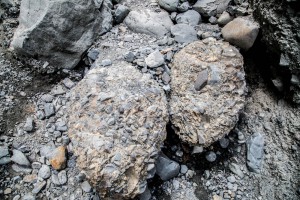 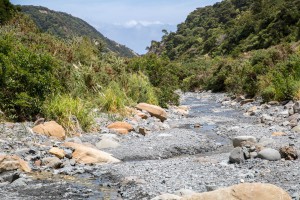 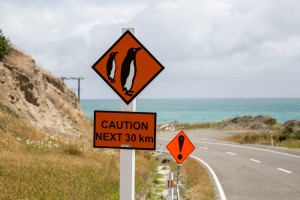 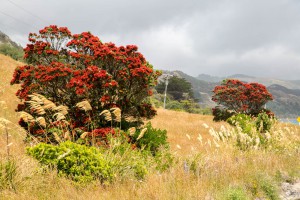 I made a stop near farming lands and walked 1.5 kilometer closer to corn field and grass which was cutted and packed in rolls: 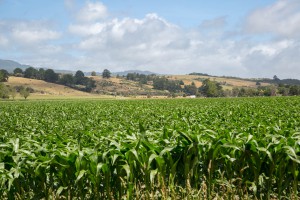 As soon as I came back, I was told, next time I will get my backpack with camera only in special cases – there is hot and you hang around! 🙂 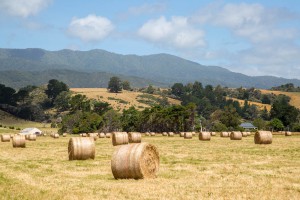 Went for lunch in a small cafe in Featherston, got mushroom soup. 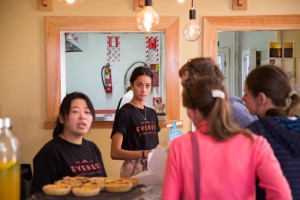 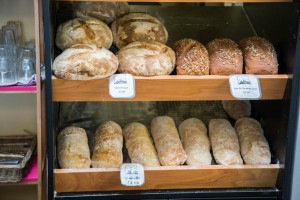 Then we moved to Mount Taranaki. Max which was a steerman, built a route through interstate 58th or Paremata Haywards Road, to save 200km around Wellington. I said that I don’t like it but it was really late – there was no space in front of us to stop and behind us was little truck and another car. Really, it was a hell – 20km of mountain road became 60km, dividing line disappeared, road widht shrinked down and speed limit reduced down to 70kmh but in reality, we were driving not faster than 35-40kmh because sometimes there was local drivers in front of us, appearing from nowhere so we had to slow down and stop sometimes or use rear gear to drive back and let pass cars coming up to the hill.. I think we would spend same amount of time and petrol if we could drive through Wellington. Screw such optimisations! Guess, that people, living in such abandoned place ask their friend come and visit them for ages without any luck. Picture below doesn’t give you effect of presense – I just asked Max to shot tunnel of trees on flat site of road: 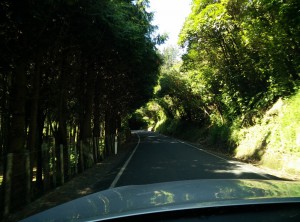 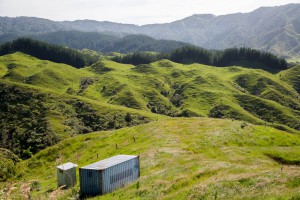 In Whanganui we stopped for fueling and dinner. Very good town. It’s very nice there. I think, I should visit this place again. 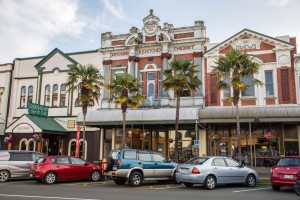 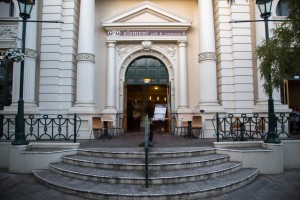 Last two hours we were driving at night. I got used to it long time ago, because we travelled a lot from Novosibirsk to Tomsk or to Mariinsk late in the evening on Friday after all traffic jams disappear and there is less cars on motorway. The only one thing you have keep in mind is tractor without lights on the road. We saw Mount Taranaki in clouds. It is very huge and beautiful. Tomorrow, we plan to hike onto it and also walk in New Plymouth.