Second day of our trip started early as well – at 4.30AM, because I had to get my car back from Oriental Bay, load stuff into boot and move to ferry terminal – we had ferry to South Island at 6.45AM! 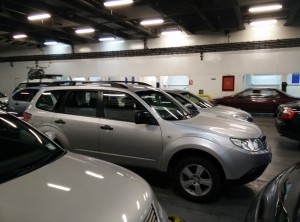 Ferry loading, I mean waiting in a query was around one hour, ferry arrived just in 15 minutes before departure. The ferry itself is impressive – a big ship with to levels of parking and two decks for passengers, dining and cinema. We had an incredible omelet with bacon. 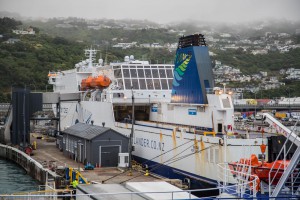 The weather was good, sea was calm and we didn’t feel marine motion sickness until we get into Cook’s strait between North and South Island of New Zealand, where you can experience very strong winds. I don’t advice you to go onto upper deck with camera at that moment – your lenses and camera will be covered with salty splatter. Our way to Picton took three and a half hours. 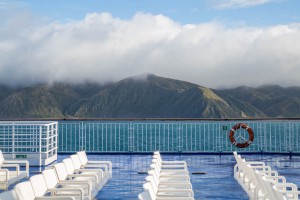 As soon as we arrived to Picton we left ferry and started our journey via West Coast of South Island! 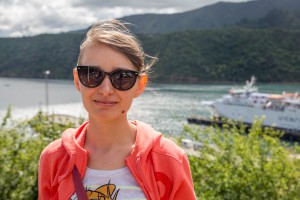 After visiting one of Picton lookouts we stopped to a very beautiful beach and then went to a small track to Havelook lookout: 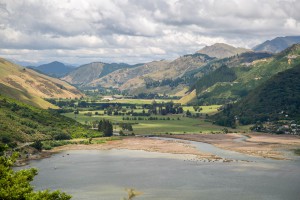 Then we moved to Nelson which we liked a lot. They say, every retired person in New Zealand have a dream to move into Nelson and live in that small and very nice town. 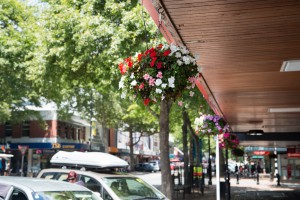 We visited car museum in Nelson which is highly recommended and also we had been at fashion show which was in the same building – you stay in the room and watch moving conveyer with mannequins dressed up in very beautiful and simultaneously weird costumes with music and light effects. 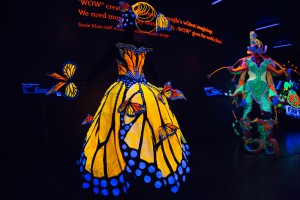 Later we moved in Japanese garden Miyazu. To be honest, it was good, but I wasn’t impressed very much, but I very liked local community near the garden: 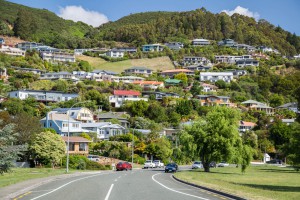 We did shopping at CountDown and moved to WestPort. We saw big wineyards on the way – this regeon is famous for its wines. Then valleys started to change into mountains and we all had a feeling that we are traveling in Mount Altay. We did recall of these landscapes with some particular places of South Siberia very often. Had a stop near backpackers lodge. One thing we never expected from New Zealand was sand flies entered our car through opened windows and doors during that stop and biting us all the way after! 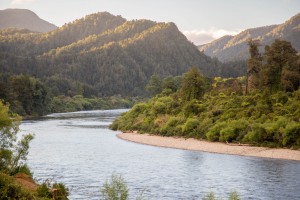 There was raining due we were coming down from ranges. It was a moderate rain but it was quite enough for a serpentine road to slow down our speed. And also, windshield was sweating. We met a lot of One Way bridges, and one tunnel in rock with a traffic lights: 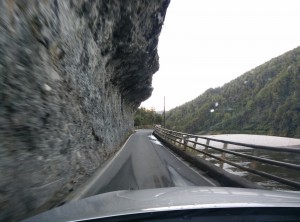 It was such a busy day that we almost forgot that we were traveling on a ferry! What else, during first day of our trip we were noticing: oh! look at these sheeps! 😮 And later in the evening: oh.. look at this sheeps… 😐 The same happen with ranges on second day so we are looking forward what kind of surprise we will have on third day 🙂
P.s Subaru Forester fuel consumption increased up to 8.2 litres per 100km.