Everything is relative or Highlander’s boot is bigger! The only drawback is its fuel consumption which is 10.5 littres of petrol on motorway! 🙂 Luckily we had slept a lot, instead of 5-6 hours we slept 7. We made a breakfast and moved to Pancake rocks. Road near the rocks are very windy so don’t be surprised if you will cross the line and enter oncoming lane 😐

After Pancake rocks we drove to Arthur Pass, which connects West and East Coast of South Island

There were around 5 one way bridges and few very cool lookouts on the way:

Road through Arthur Pass is very steep and tough. Forester was changing gears from 3rd to 2nd many times. There is almost none fuel stations here, keep in mind, the only one fuel station in Arthur Pass village can fuel you up with diesel or 91 petrol for $2.30 per one littre, but it closes at 5PM. 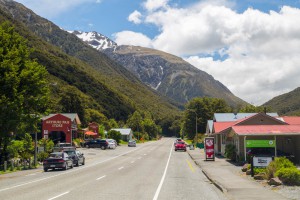 We had a mushroom soup for lunch at Wobling Kea. We have strong will and we are trying to avoid junk food and haven’t eaten any burger or chips at all. 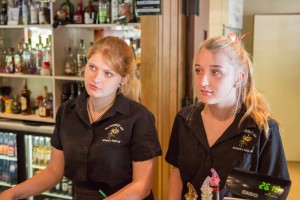 We walked on a few hiking tracks in Arthur Pass including the most popular Devils bowl punch: 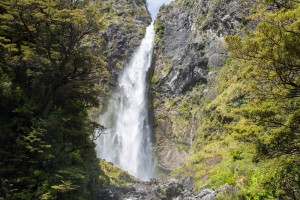 At the last lookout we were attacked by feathery pirates. Marina was scared and locked herself in a car. First kea was diverting us while his companion landed on car’s roof and tried to eat car’s plastic

On the back way we had tried how long you can drive when your fuel lamp which indicates your tank is empty is turned on 🙂 We drove 70kilometers and fueled up in a small village using automated fuel pump. Hokitika is beautiful. At the evening, after having some kind of political talks with kiwi and ozzie about Ukrain we had visited Glow worms forest: 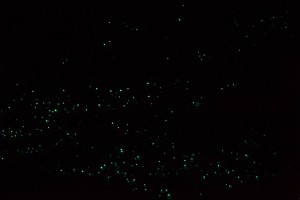 P.s Forester’s fuel consumption is 8.2 littres per 100km in average.