One of the most common questions I was asked when I visited Russia for a first time after moving in New Zealand was: what is the real size of New Zealand? Is it very small? As I remember, I was answerring that New Zealand is approximately the same size as my home region plus another region nearby. It turned out later I was so wrong! 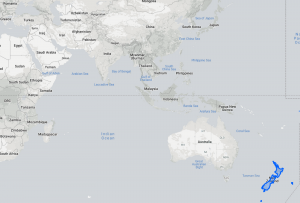 One of the biggest discovery I got was to find out that Russia is not so huge as I thought before. Especially, when you compare it with Africa. Surprise: 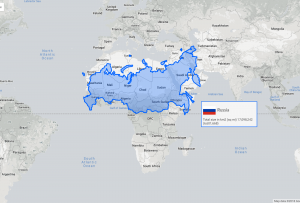 Anyway, lets get back to our sheeps. Let me show you other countries and different parts of Russia compared with New Zealand. Here is Siberia or its southern part to be precise (I have zoomed in, so you can see some of it’s regions and cities). As you can see, New Zealand stretched from Siberia’s west to its eastern part, starting from Barnaul to Nizhneudinsk, and from south to north starting at Kosh-Agach up to Nizhnevartovsk and even further upnorth. Look at the baby Lake Baikal in the right bottom corner! 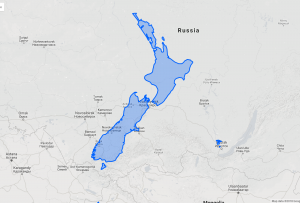 If you compare New Zealand with a whole Russia this will look like this: 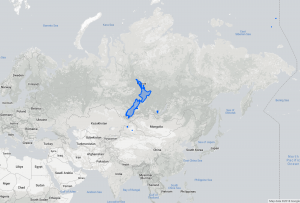 Аnd if you drag it a little bit further upnorth to the same longitute as Russia’s Taymir, you will get this picture. Now, you can see the scale of distortion? Have you ever thought why some of the countries, like for example, Greenland looks a way too stretched? 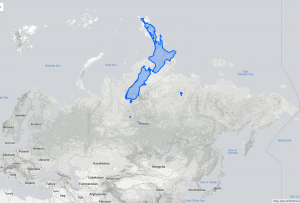 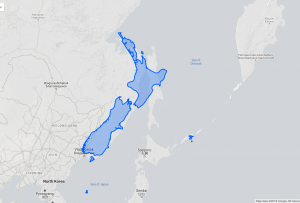 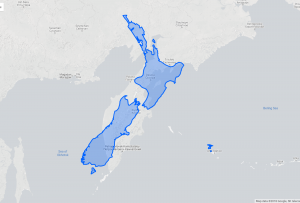 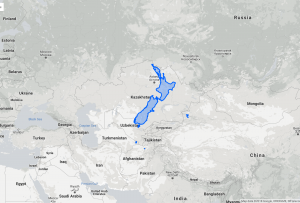 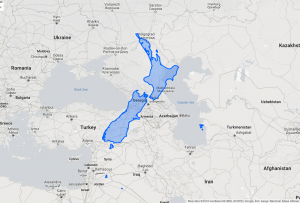 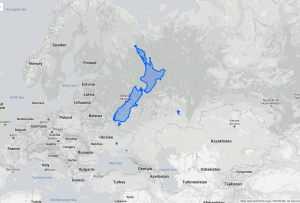 And a little bit closer: 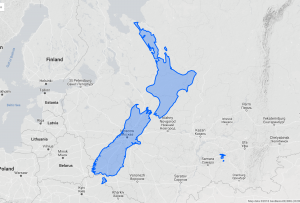 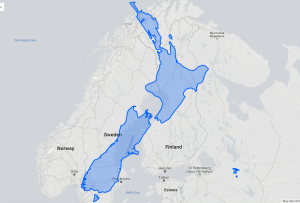 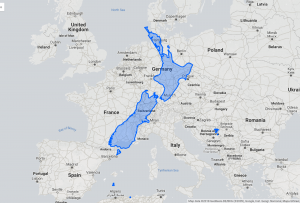 By the way, England looks a way smaller compared with New Zealand: 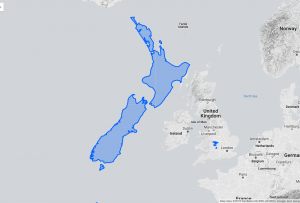 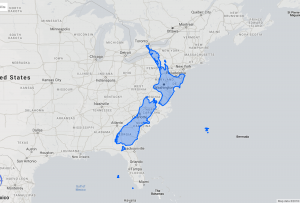 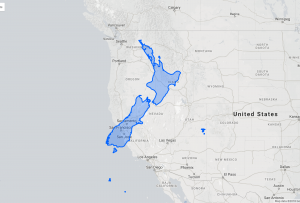 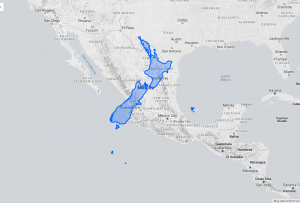 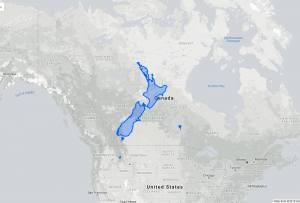 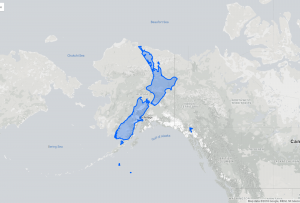 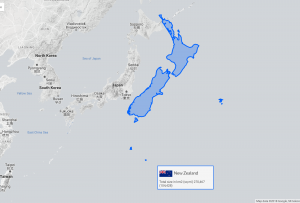 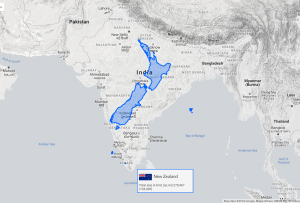 As I said, New Zealand doesn’t look very small as may think )
You can play around with anohter countries true size by going to that link: thetruesize.com