Oneday, I opened trademe just to watch what’s going on cars market, and.. 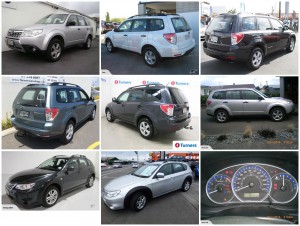 found out lots of 3 year old Foresters! I noticed before, but never though about, how, how tell me for God sake, how it is possible to drive over 100,000 km for a such small time?!? In New Zealand, which is such a small country you can ride from North to South for a few days? How come but 5 year old cars improrted from Japan have twice or even three tmes smaller mileage than New Zealand New car?

From left to right, from top to bottom

(I have attached couple of Impreza as well):